Over Two Million BIG Points Await With The  #AirAsiaOpenDoors Campaign 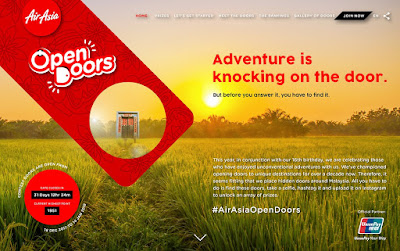 SEPANG, 18 DECEMBER 2017 - AirAsia invites travellers for a journey of unconventional adventures through the launch of the #AirAsiaOpenDoors campaign in conjunction with its 16th anniversary celebration.

Starting today until 14 January 2018, AirAsia is challenging the public in a unique activation to find 16 hidden doors around Malaysia, snap a photo of them with the door, upload it on Instagram with the given hashtags to earn points, and stand a chance to win over two million BIG Points!

Participants can also earn more points through other activities online such as share, vote, gain votes to move up the rank. At the end of the 4-week contest, Top 186 contestants will stand a chance to win a Grand Prize of one million BIG Points. Participants can visit opendoors.airasia.com for more information on the #AirAsiaOpenDoors campaign challenge.

Spencer Lee, Head of Commercial, AirAsia Berhad said, “We have come a long way since we first started with just two aircrafts to now having over 200 aircrafts that have flown more than 400 million guests. We take pride in unlocking more than 130 destinations in our extensive network, including the less travelled places yet dream destinations for many. Now everyone can fly to Asean’s beautiful hidden gems such as Sihanoukville, Davao, Nha Trang, Luang Prabang, and many more and enjoy exciting adventures with just a direct flight away.”

“We hope our guests will continue to create these amazing experiences with us through the #AirAsiaOpenDoors campaign as we uncover new frontiers together across Asean and the rest of Asia. We would also like to take the opportunity to thank all our guests who have supported us and our dreams throughout all these years to be where we are today, as the world’s best low-cost airline for nine consecutive years. We will also continue to provide the best flying experience for our guests with low fares and as we go digital with ROKKI, ROKKIshop.com and more,” he added.
The campaign follows the AirAsia story in opening doors for over a decade to allow travellers to discover many unexplored destinations in the region and beyond to gather enriching experiences beyond the usual attractions. 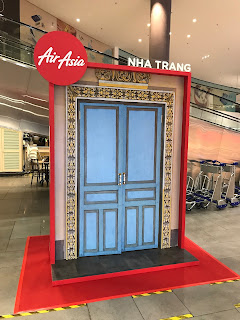 To celebrate the milestone, AirAsia is partnering with UnionPay as the campaign’s official partner. From now until 28 February 2018, UnionPay cardholders will enjoy additional 10 percent off on top of all AirAsia promotions online via an exclusive landing page* for travel period between 3 January 2018 and 30 January 2019, with terms and conditions apply. Other supporting partners for #AirAsiaOpenDoors campaign include AirAsia BIG Loyalty, AirAsia Go, AirAsia RedTix, CarTrawler, travel3sixty, Tune Hotels, Tune Protect Travel AirAsia, and Tune Talk.

Malaysia, 15th December 2017 - Well-loved specialist skincare oil, Bio-Oil® is back with a brand new look. After its decade long presence in Malaysia, the miraculous multi-purpose oil has revealed a sleeker, contemporary look in its latest facelift. 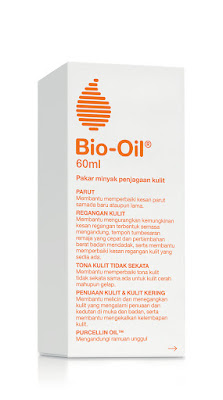 The product, is highly favoured by many for its superior efficacy and is the No.1 selling scar and stretch mark product in over 24 countries including Malaysia (Nielsen, 2016), UK, Australia and New Zealand. Bio-Oil® is formulated with a blend of vitamins A & E and natural plant oils - lavender, calendula, rosemary and chamomile, together with the breakthrough ingredient PurCellin Oil™ which allows the ingredients to penetrate deep into the skin, nourishing skin without leaving an oily residue.


While maintaining its design with their signature white and orange colours, the packaging now includes some brief information listed on the box to accompany each of Bio-Oil®’s many uses. As a product that rose in ranks due to amazing testimonials and a unique packaging strategy which states its many uses, the new packaging expands on the same winning concept while adopting a fresh, clean, no-nonsense look; similar to that of over the counter medications. Despite that, the brilliance of its design also manages to exude an approachable yet elegant aura. 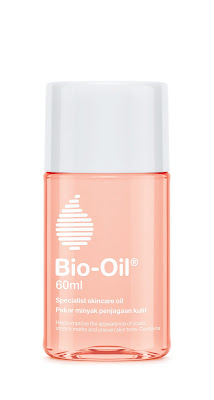 The facelift is strictly physical, so users can be assured of the same great Bio-Oil® formulation that they have come to love and trust over the years. This award-winning formulation with humble beginnings is manufactured and distributed worldwide by Union-Swiss, headquartered in Cape Town, South Africa. It is clinically tested and proven to effectively improve the appearance of scars, stretch marks and uneven skin tone on the face and body. Apart from that, Bio-Oil® is also highly effective in tackling numerous skin concerns such as ageing and dehydrated skin.


Though high in potency and efficacy, Bio-Oil® has also been proven in various skin tests to be suitable for sensitive skin and is hypoallergenic and non-acnegenic (does not cause acne). It is also perfectly safe to be used on pregnant women to prevent pregnancy-related skin concerns such as stretch marks and pigmentation, to name a few.


“This re-packaging exercise is important for Bio-Oil® to constantly stay relevant in the market and we strive to always be the best that we can be for our consumers. We are truly thankful for the


support that we have received in the past decade and assure you that Bio-Oil® remains as amazing as it has been throughout the years.” says Low Hooi Wan, Business Unit Manager of Bio-Oil®


For more information, visit bio-oil.com
Posted by mystitchycraft at 10:40 PM No comments:


SANRIO HELLO KITTY TOWN launches the “Candy Parade”, a new interactive Hello Kitty show featuring an exciting choreography that promises a sweet experience for all visitors to the theme park.


Expect an entertaining medley of music, dance and candy carts in this full 25-minute show featuring Hello Kitty and friends in an entirely original piece incorporating the use of roller blades and hover boards. The show is wholly produced by the attraction’s own entertainment team, and is available only in SANRIO HELLO KITTY TOWN, Puteri Harbour, Malaysia.


“We are always aiming to keep our entertainment content fresh and exciting for our loyal guests. Right on the heels of launching the Hello Kitty Themed Rooms by Hotel Jen Puteri Harbour, the introduction of Candy Parade will not only elevate the overall Hello Kitty experience but also create a strong connection with her fans out there.” said Fahruddin Najumudeen, General Manager of SANRIO HELLO KITTY TOWN. 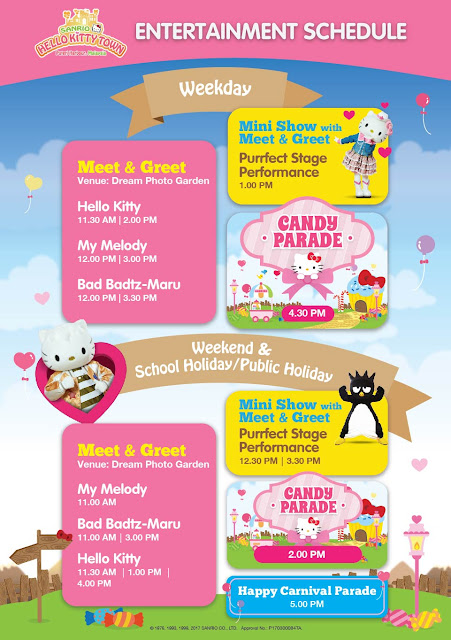 Posted by mystitchycraft at 7:33 PM No comments:

Officiating their soft launch today, Rideasy’s CEO Nizran Kudus and his partner, Rizal Mukti, presented prizes to winners of their survey contest that was held throughout the month of September and October. 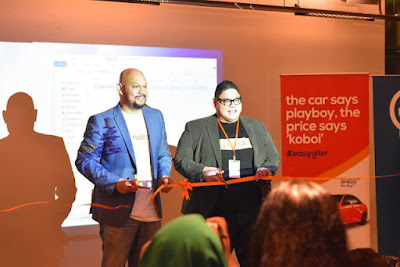 Also in attendance was Omar Hatmi, MD of Active Telematics, Rideasy’s telematics partner, gave a presentation on how his company is involved in Rideasy’s online fleet management. Thereafter, Nizran gave a short presentation on what Rideasy is about as well as to premier the company’s corporate video.

Rideasy.my, a Malaysian company that started in August 2016, is a new enterprise that offers a user-friendly, secure and comprehensive online platform for users to share and borrow cars from its community members. For car owners, this will be a good platform to earn some extra income, and as for borrowers, it will be a suitable alternative transportation platform to opt from especially those seeking to be free of financial commitments of owning and maintaining a car.
With Rideasy, borrowers will have a wide selection of vehicles to choose from, such as sedans, MPVs, SUVs and high-end vehicles, all at an affordable price of up to 30% cheaper than normal market rates.
Furthermore, users will have peace-of-mind as all transactions will be contracted with a sharing agreement and via a strategic partnership with Allianz Insurance, shared vehicle will be protected with 24/7 nationwide breakdown assistance and personal accident coverage.
“This is an exciting new initiative in transportation in Malaysia, but it is the future as more and more young people, especially millennials, are opting to not own a vehicle due to its depreciating value. Our research showed that the younger generation does not place heavy emphasis on asset ownership, and would rather spend on travel and exploring the world. Rideasy aims to fulfill this need by providing vehicles on-demand. They’ll have the possibility of using a vehicle as needed for either a short term or for a longer period of time, whilst being free from having to bear any associated ownership costs such as hire-purchase, maintenance and so on…”, said Mr. Nizran.

To find out more about Rideasy or to sign up, do check out their Facebook page at www.facebook.com/rideasy.my/ or their website at www.rideasy.my, or call 03-20119878 to speak to their customer service executives.